I am so excited to tell you about this book! I should tell you, I received a copy (electronic) in exchange for reviewing it - but I had already read and loved the first two books, pre-ordered this AND intend to buy hard copies as soon as I can be sure I get a matching set. So believe me, it didn't influence my review =) 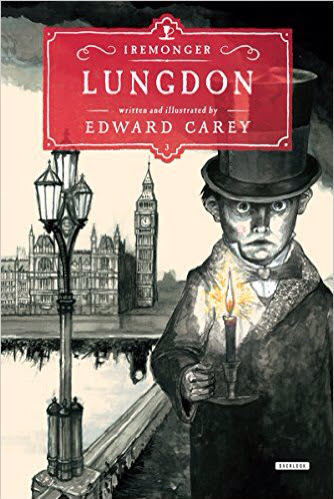 Lungdon is the final book in Edward Carey's Iremongers trilogy. I don't want to give any spoilers for the first two books, so I'm going to kind of do a review of the series and keep the details vagueish, ok?

As you can probably tell from the above, I am kind of nuts about this series - it is just so fun and weird and unique! The story is set in Victorian times, and follows various characters from the Iremonger family from their home in the great rubbish heaps outside of London (Lungdon), through a town called Foulsham, and finally to London itself. The tone in Lungdon feels a bit darker than the first two as the characters are changed by their experiences along the way, and by the end of the book the story has come to an unexpected and perfect conclusion. 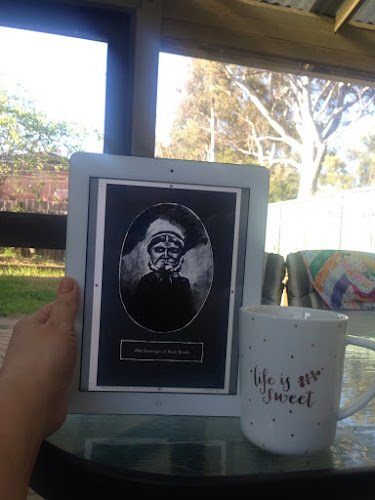 Each book is told from the perspectives of two main characters, as well as an extra person here or there. One of my favourite things about these books is the how unusual and distinct from each other the voices of the characters are - I don't think I have ever read anything where this has been done so well and in such an easy to read way.

The series is marketed at the 12+ age group, but has that quirky grotesque gothic kind of style that makes it a great read for adults too - think Neil Gaiman or Tim Burton - and it didn't even occur to me that it was a "kids' book" until I saw it in that section of the catalogue. 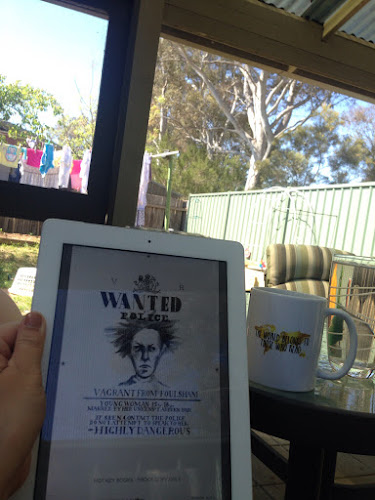 Another fantastic thing about these books is the illustrations - Carey prefaces each chapter with portraits of characters or scenes from that chapter - they are so cool! You can get a good feel for Carey's work on his (really cool) website.

Lungdon is out this week from Five Mile Press / Hot Key Books, and is 400ish pages of perfection - I give it (and the other two in the series) five stars and recommend you get on it now =) Meanwhile, I'm off to check out Carey's backlist =)

Thanks for taking the time to leave a comment! Have a nice day =) 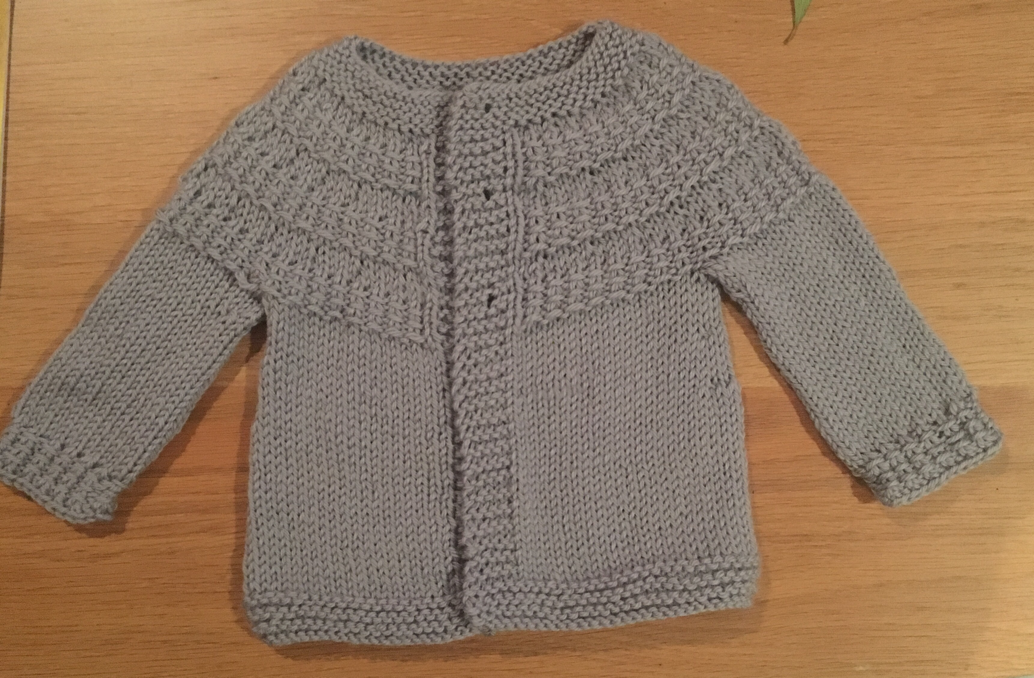 To me, March means knitting. I'm not entirely sure why - it isn't really cold enough for woollens, but maybe it's wishful thinking, longing for an end to the hot summer weather (this year summer feels like it is stretching waaaaaaay out!) A few people I know are having winter babies this year, so I wanted to knit up some tiny bits for them (knitting for a four year old takes so long now haha). I came across the  Hyphen cardigan by Frogginette  and fell in love with the textured yoke. I've  knitted it up  in the smallest size (3 months) on 5mm needles and in Lincrafts own brand of baby wool (merino 8ply), which is deliciously squishy and I want to use again and again. This has come up a bit bigger than I expected - probably more suited to a 6 month old - but I just love it so much. It just needs buttons now =) I'm pretty keen to try this in a bigger size for Miss A (now 4 years old).... Maybe even a matching one for me?  Xo Bron 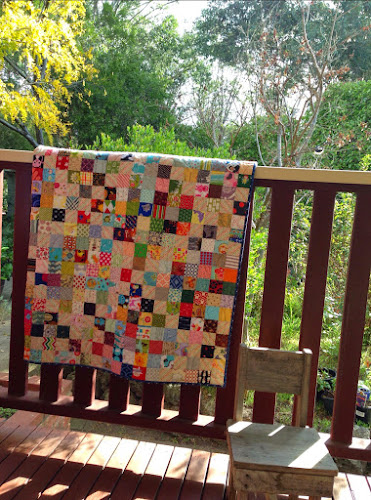 At the start of 2014 I would never have believed I would make quite so many quilts as I did - after all, before last year I had only ever finished one! I won't say too much about them here - instead I'll pop in links to where I've blogged about them before - but I thought it would be nice to see them all in one place. So, here goes: Mum's Nana quilt Bed sized, finished in April, quilted by Raylee at Sunflower Quilting , blogged   Finding Formation: Synchronized Swimming Approx 60" square, made in July to test Nightingale Quilts' pattern ' Finding Formation ', quilted by me, hung in the Canberra Quilters' Exhibition, blogged Happy Herringbone Approx 60"x64", made in August from Maureen Cracknell's free QAYG herringbone tutorial and several Kate Spain fabric ranges, quilted by me, hung in the Canberra Quilters' exhibition, blogged Elephants' Picnic Approx 60" square,made in September - in about 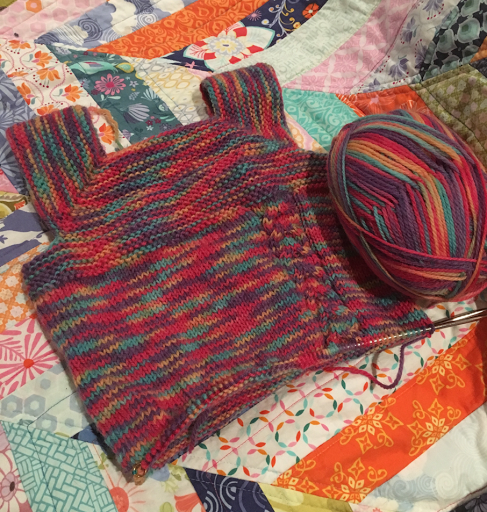 The 1st of May means it's time to dust off the needles and get knitting some Milo vests! I love this pattern, but never manage to be organised enough to be knitting them in May, but this year I'm ready =)   Obviously I started this one a while ago (quite a while, to be honest - probably around the end of January/mid February when that annual "is summer ever going to end maybe if knit something it will be convinced to move on" hit haha). I've been doing lots of hand stitching (English paper piecing) so haven't worked on it up for ages. This is the perfect excuse to pick it up again - and hopefully finish over the weekend. I'm hoping to make a couple of Milos this year and Milo May might be just the thing to get me off to a good start! Bron xo (If you don't have the Milo pattern yet, what are you waiting for?  You can find it here .)